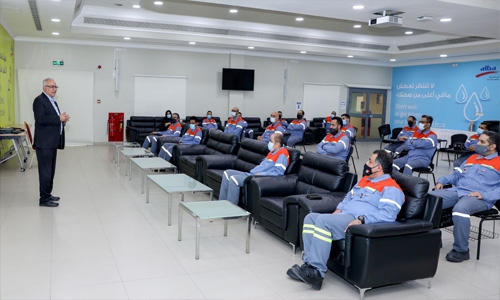 Alba said these promotions reflect its commitment to developing nationals through customised training and development programmes.

Based on the Alba’s Master Training Plan (announced in October 2019), 52 employees were promoted to Supervisory and Management positions whereas more than 147 employees received higher grade promotions within the non-supervisory ranks.

Alba’s Chief Executive Officer Ali Al Baqali said, “Despite the Pandemic, Alba continues to train its people in terms of developing their skills, responsiveness, and agility thus preparing them for what’s coming their way to lead Alba in the future.”

The Al Jisr Programme targets Bahraini employees within non-supervisory ranks and provides them with technical and soft skills through a 4-year period to be eligible to apply for supervisory vacancies.