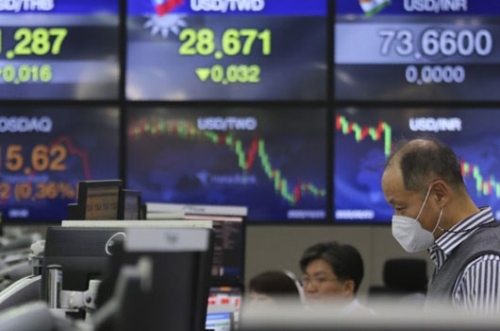 Shares were mostly higher in Asia on Friday after President Donald Trump and his challenger former Vice President Joe Biden faced off in their second and final debate before the election.

In their debate,late Thursday US time, Trump and his Democratic challenger Biden largely avoided the disorganized rancor of their first face-off in a more substantive exchange highlighting their vastly different approaches to many challenges facing the nation. At the least, it gave markets no fresh reason for alarm.

“The final US. presidential debate was less chaotic than the first but offered little new information to inform the result for markets,” Stephen Innes of Axi said in a commentary.

US stock futures shifted from modest losses to less than 0.1% gains in the debate’s aftermath.

Several earnings reports from big US companies came in better than analysts had expected, which helped put investors in a buying mood. Also, House Speaker Nancy Pelosi said progress was being made on talks to deliver more stimulus to the US economy.

Markets have been gyrating for weeks as investors gauge the chances of the Democrats and Republicans striking a deal on more support for the economy. Time is running out to get something done before the election.

Pelosi and Treasury Secretary Steven Mnuchin have been negotiating daily this week on a possible aid package. On Thursday, Pelosi said that progress is still being made.

A piece of such a deal could include extra benefits for workers who lost their jobs due to the coronavirus pandemic. A report on Thursday morning showed that 787,000 workers applied for unemployment benefits last week.

While that’s still an incredibly high number relative to history, it’s down from 842,000 the prior week. It also was not nearly as bad as economists were expecting.