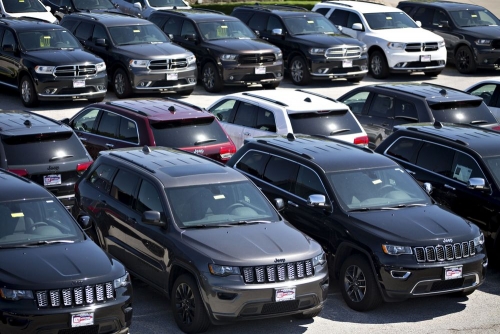 Fiat Chrysler's FCHA.MI new electric 500 will have an entry price of 19,900 euros ($23,550), including a 6,000-euro incentive offered by Italy's government, a senior executive from the Italian-American automaker said on Thursday.

Fiat Chrysler (FCA) will start selling a full range of the electric version (BEV) of its popular city car this weekend, after officially unveiling it and offering it in two premium configurations earlier this year.

Olivier Francois, head of the Fiat brand and FCA’s chief marketing officer, said that the group would also offer two more expensive versions of the 500 BEV at 23,700 euros and 25,200 euros, including the incentive.

The cheapest version will have a range of 185 kilometres (km), while for others the range will be 320 km.

As well as the baseline incentive, buyers of electric cars in Italy are offered a further 4,000-euro discount if they scrap an old car.

“If you have an old car to scrap, the new 500 BEV could be even cheaper than its petrol-engined sister, whose most popular version costs around 17,000 euros,” Francois said.

The 500 BEV, which is part of a plan announced in 2018 to invest 5 billion euros in Italy up to 2021, is FCA’s first major step into electric-powered driving.

Competing electric cars include the Mini Cooper SE, which has a starting price of 33,900 euros in Italy excluding incentives, and Peugeot’s e-208, starting at 33,750 euros.