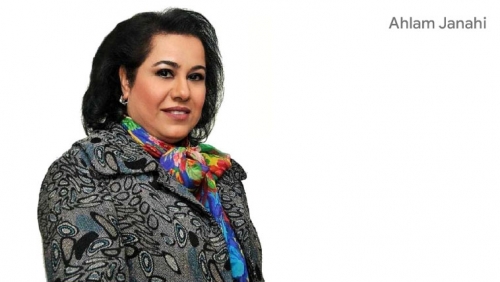 Coronavirus induced lockdowns and downturns have badly hurt more than 90 per cent of the Bahraini businesswomen, who are also now expecting the crisis to remain so at least for the next two years. These are the views of the President of the Bahrain Businesswomen’s Society, Ahlam Janahi, which was published by Al-Watan. Luxury purchases are going to drop by more than half in the coming period, Janahi said adding that to tide over the crisis some had to cut jobs, as others had to bear the loss and continue to avoid losing market presence.

The only way out of “these exceptional circumstances is shifting to digital platforms,” Janahi said, while also acknowledging the tremendous help provided the Bahraini government. She, however, said that these stimulus should continue as the crisis would continue for “at least two more years”. This situation, she said, also calls for developing a different strategy to continue turning the Kingdom’s economic wheel.

Citing official statistics, she said that small and Medium enterprises in the Kingdom currently represents about 98 per cent of the total Bahraini companies registered with the Ministry of Industry and Trade in Bahrain. “A large number of these establishments, more than 90pc, are affected by the COVID-19 induced crisis severely.” Pharmacies, food and supermarkets” are the select few who are fortunate enough to be spared of the crisis.

When asked about the challenges, she said the first challenge today is “survival” itself. “This scenario calls for all to pay attention to personal, family and employee health at work, taking into account government directives.” Jana also warned not to draw parallels between support provided by big economies like the United States, Germany, Britain, Australia and Japan to that done by Bahrain.

She pointed out that the stimulus packages launched by Bahrain had a positive impact on the economy, which has also prompted the Parliament to request a second package. On job losses, she told Al Watan that some of the shop owners had to cut down their expenses and turn to electronic platforms to deliver products in cooperation with Talabat and other companies in Bahrain. She also revealed that a few others had to close their doors, which, however, is also the situation elsewhere in the world. “There are major international companies that have closed their doors and others have ended the service of more than 30pc of the employees and closed most of the branches in the world countries, as well as most of the international airlines,” the report quoted Ahlam Janahi as saying.

When asked about raising women’s contribution to the economy, she told Al-Watan that the Supreme Council of Women in cooperation with the Labour Fund “Tamkeen”, launched a joint programme to support the participation of Bahraini women in the labour market. “The programme will contribute to raising the percentage of women’s participation in the private sector, which currently stands at about 34pc, and 49pc the percentage of active commercial registrations for Bahraini women.”

Ahlam Janahi, however, warned that the time has come for everyone to change the ways and style of business. “Traditional commerce is no longer a source of livelihood, and now is the time for gaining skills on the Internet and focusing on information technology.” “Many who lost their jobs can find freelance work, especially in digital marketing,” she told the Al-Watan. Janahi also suggested amending some of the laws concerning commercial establishments to “cope up with the pandemic situation and reduce the burden, especially on small and medium-sized enterprises.” “The private sector should consider finding suitable solutions to continue working in their institutions according to their needs,” the report quoted her as saying.