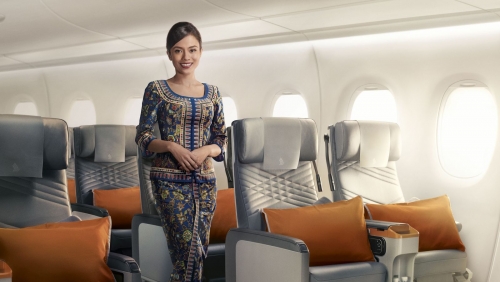 The Coronavirus pandemic has also hit the Singapore Airlines company as badly as it has turned its A 380 passenger jet’s seats into a pop-up restaurant. For those who don’t know, the A380 Jumbo is the world’s biggest passenger jet.

Hundreds of passengers have reportedly paid money the amount of a budget ticket only to dine inside the grounded A380 jumbos.

In the wake of Corona lead economic downturn, Singapore Airlines has fired thousands of employees and has had to ground almost all its planes this year. Hundreds of people have bought airline food on the Singapore Airline, Jumbo A380, for as much as Sg$642 ($470).

All the 900 seats that were opened up for lunch on October 24 and October 25 were sold out within half an hour of bookings after its opening on Monday.

Given the huge demand for this restaurant, Singapore Airlines have announced that the restaurant will remain open for an additional two days. Also, on all the four dates, lunch and dinner will both be served.

As per reports, the restaurant’s most expensive option is a four-course meal in a first-class suite, whereas the cheapest option is priced at Sg$53, and also offers a three-course meal in economy class