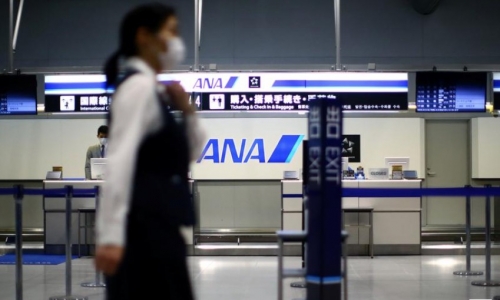 Japan’s biggest airline ANA Holdings is considering issuing 200 billion yen ($1.9 bn) in shares to bolster its finances as the downturn in air travel drags on, the Nikkei newspaper reported. “We do not comment on speculative information. The story is factually wrong,” ANA said in an email. Like other airlines, ANA has had to slash flights as countries imposed travel restrictions to halt the spread of the coronavirus.

So far the carrier has relied on loans from its banks and government financial aid to cope with the slump. In the three months to June 30, ANA posted a loss of 159 bn yen and said it did not expect a full recovery in demand for international flights until at least 2023.

With a full-year loss likely to be around 600 bn yen ANA will need additional funds to ensure it has enough capital for its operations, the Nikkei reported. The company may opt for a share offer because banks, with which it is negotiating to borrow an additional 400 bn yen, may be more reluctant to lend to it in the future, while a recent gain in stock prices in Tokyo has made a share offering more attractive, the newspaper said.