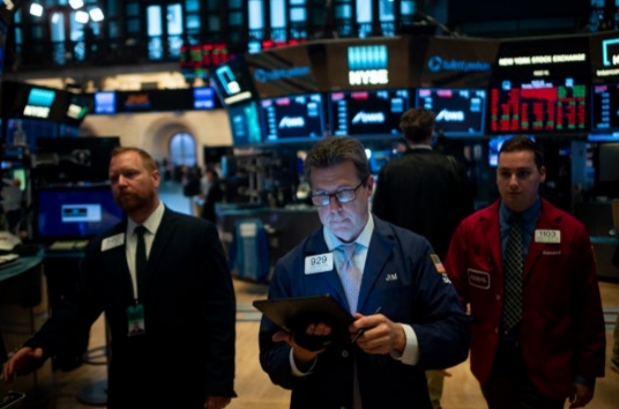 Most stock markets were weaker yesterday with investors worried over the impact of China’s coronavirus outbreak on the global economy. In afternoon European trades, London and Paris were both down 0.4 per cent, while Frankfurt slid 0.3 pc. The Dow was essentially unchanged in initial New York trades.

“Coronavirus concerns are weighing,” noted CMC Markets UK analyst David Madden. “The deepening health crisis is chipping away at market confidence. “In London, stocks that are connected to China are under pressure. Mining, energy as well as travel stocks are in the red.”

The virus has killed more than 900 people, infected more than 40,000 across mainland China and spread to more than two dozen countries in what is now considered a global health emergency. It has also disrupted major supply chains for items such as food, household goods, and car and electronics parts.

In Asia, Tokyo’s benchmark Nikkei 225 index closed 0.6 pc down, while Hong Kong pared some losses, ending the day 0.6 pc lower after tanking 1.1 pc at the open. Shanghai bucked the trend with a 0.5 pc gain at the close. Investors worldwide have been watching with concern as China, the world’s second-largest economy, battles the novel coronavirus, which emerged at the end of last year in the central city of Wuhan.

The domestic impact was reflected in China’s inflation figures released Monday, which showed the highest rise in consumer prices in more than eight years, with food prices spiking more than 20 pc. It has also disrupted the supply chains of major global firms such as Apple supplier Foxconn and auto giant Toyota. Key production facilities across China have been temporarily closed as authorities impose lockdowns and quarantine measures.

The contract for Brent crude was 1.1 pc lower in afternoon exchanges, while West Texas Intermediate showed a decline of 0.7 pc on Monday. Separately, cryptocurrency bitcoin rallied to stand above $10,000 for the first time since September, though analysts did not attribute the move to any one factor in particular.