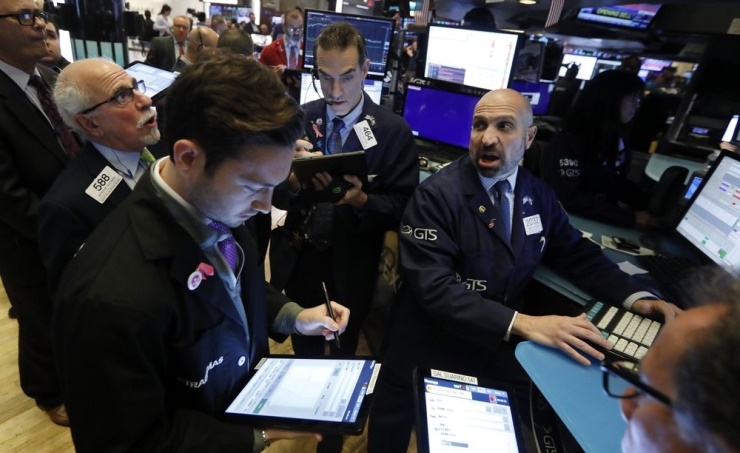 Asian shares slip after US stock tumble amid trade tensions

Technology companies led a broad slide for stocks on Wall Street Monday, handing the market a downbeat start to the month after it notched strong gains in November, The Associated Press (AP) reported.

Trade tensions flared after China retaliated for US support of protesters in Hong Kong, putting investors in a selling mood. Asian regional markets are generally hurt by declines in trade and the slowdown in the Chinese economy that might cause.

Investors have been hoping that the world’s two biggest economies can make progress toward at least staving off new tariffs scheduled for Dec. 15 on $160 billion worth of Chinese products, including smartphones and laptops. The latest friction between Washington and Beijing could hamper that progress.

The negotiations to end the longstanding trade war could face a tougher path this month following a flare up over Hong Kong.

China said Monday it will suspend US military ship and aircraft visits to the semi-autonomous territory. It also plans to sanction several American pro-democracy groups in retaliation for passage of legislation supporting months’ long anti-government protests.

ENERGY: Benchmark crude oil gained 22 cents to $56.18 a barrel in electronic trading on the New York Mercantile Exchange. It rose 79 cents to $55.96 a barrel on Monday. Brent crude oil, the international standard, gained 18 cents to $61.10 a barrel.

Facebook tests tool to move photos to Google, other rivals