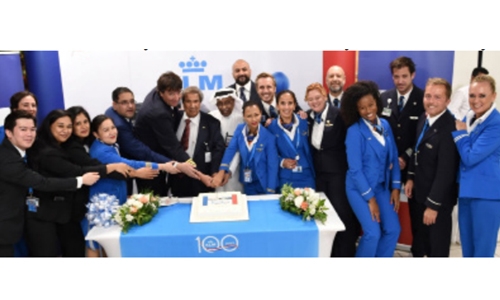 BAC Chief Commercial Officer, Ayman Zainal said: “The Bahrain-Amsterdam route has been proudly sustainable for 46 years and has played a key role in strengthening connectivity between the Kingdom and Europe, bolstering bilateral relations, trade, and tourism in the process.” BAC CCO further said he is looking to achieving more “joint successes and new horizons of progress and prosperity”.

Zainal  added: “With the launch of the new Passenger Terminal Building, we expect to see a surge in the number of airlines operating out of BIA. We also remain committed to working with our existing partners to develop new routes that will further connect the Kingdom with the rest of the world.”

KLM is one of the major international airlines operating out of BIA and continues to operate daily flights, connecting passengers to Amsterdam and the rest of the airline’s extensive global network. Founded in 1919, KLM is the oldest airline in the world still operating under its original name.

Ethiopian Airlines denies it tampered with flight records after crash