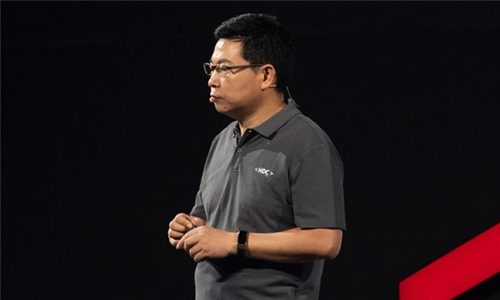 Chinese telecom giant Huawei unveiled its own operating system yesterday, as it faces the threat of losing access to Android systems amid escalating US-China trade tensions.

Richard Yu, the head of Huawei’s consumer business, told a press conference in the southern city of Dongguan that the new system, called HarmonyOS or HongMeng in Chinese, would “bring more harmony and convenience to the world”. Yu said the new system was a “future oriented OS” to be “more smooth and secure”, which he said was “completely different from Android and iOS”.

Huawei said the first version of the operating system would launch later this year in its smart screen products. Over the next three years it will be developed across a range of smart devices including wearable technology