UK tried to turn France against euro in 1990s: cables | THE DAILY TRIBUNE | KINGDOM OF BAHRAIN 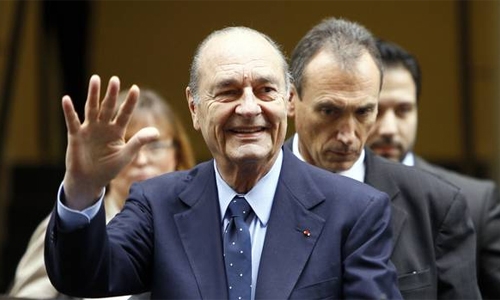 UK tried to turn France against euro in 1990s: cables

British diplomats tried to establish a “very private link” with former French president Jacques Chirac with the “unavowed aim” of exposing him to the risks of a European currency union, declassified documents revealed yesterday. The government files from 1995 document Britain’s plan to influence the French president’s decision on whether to proceed with the Economic and Monetary Union (EMU), the group of policies that led to the formation of the euro.

“Chirac is alive to the risks of ploughing ahead with the EMU without thinking through the implications,” then British ambassador in Paris Christopher Mallaby wrote to the prime minister at the time, John Major, in a cable outlining his plan to “move the debate in our direction”. He suggested “establishing a very private link” between Downing Street and Chirac’s Elysee palace. “The pretext could be private discussions” about currency union, he wrote.

“The unavowed aim would be to ensure that Chirac was exposed to the risks of an early move to EMU, including the divisive political effect within the EU,” he added. Britain never joined the currency union, having infamously being forced to withdraw the pound from a precursor on “Black Wednesday” in 1992 when it could not keep sterling above an agreed level, and was keen to stall the move towards a full union.

Mallaby targeted Chirac as a potential ally, saying his “thinking is unformed and influenceable.” The documents also revealed Chirac’s scepticism about European integration. “He said bluntly that Europe was no longer very popular,” a foreign office cable quoted him as saying at a 1995 heads of government meeting. The president added that the “EU seemed to be cut off from the real problems affecting the ordinary citizen... and people saw it as a mammoth bureaucracy poking its nose in where it was not needed,” added the memo.

Prime Minister Major replied that “he had been waiting five years to hear someone else say things like this!”, according to the cables. Major is now a fierce opponent of Brexit, having been fatally damaged in office by internal divisions over his decision to sign Britain up to the Maastricht Treaty in 1992.