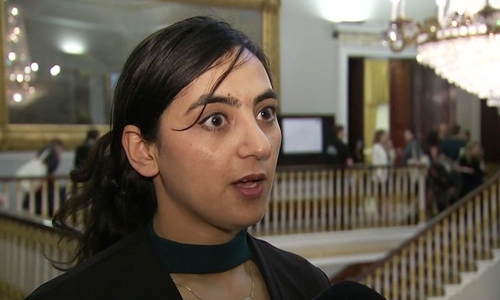 Afghanistan has suspended five officials including the president of the country’s football federation over allegations of sexual and physical abuse against the national women’s team, officials said Sunday. The decision comes days after President Ashraf Ghani ordered the attorney general to conduct a “thorough investigation” into what he called “shocking” claims of abuse by male officials against members of the women’s team -- allegations that were first reported in Britain’s Guardian newspaper.

“The attorney general’s office has suspended... the president of the football federation, his deputy, the federation’s secretary general, the head of goalkeepers and the head of provincial coordinators,” Jamshid Rasuli, spokesman for the attorney general, said. “To conduct the investigations thoroughly, collect evidence and to ensure justice, the team of prosecutors decided to suspend these people,” he said, adding that all the suspended officials were male.

The Guardian cited what it described as senior figures associated with the women’s team who said the abuse had taken place in Afghanistan, including at the Afghanistan Football Federation (AFF) headquarters, and at a training camp in Jordan last February. The story quoted former captain Khalida Popal -- who fled the country after receiving death threats and has spoken out previously about the discrimination women face in Afghanistan -- as saying male officials were “coercing” female players.

Popal welcomed news of the suspensions, tweeting: “If we all stand together and raise our voice and become the #Voice4voiceless no one would be dare to hurt innocents. #Football is not abuse.” Safi Sadab, an AFF spokesman, told AFP the federation was ready to “cooperate with the investigation”. Football’s world governing body FIFA has also said it was looking into the claims, while the Danish sportswear company Hummel announced it had cancelled a sponsorship deal with the team due to the allegations.