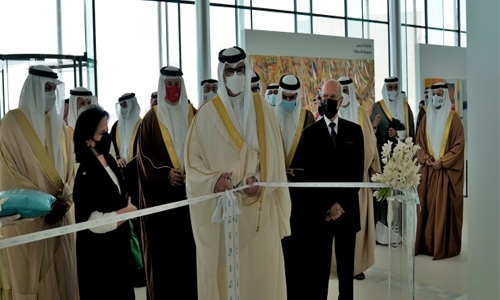 HH Shaikh Isa expressed his honour in representing His Royal Highness at the exhibition, noting that talent identification and promotion serve as a basis of development, led by HM King Hamad bin Isa Al Khalifa. 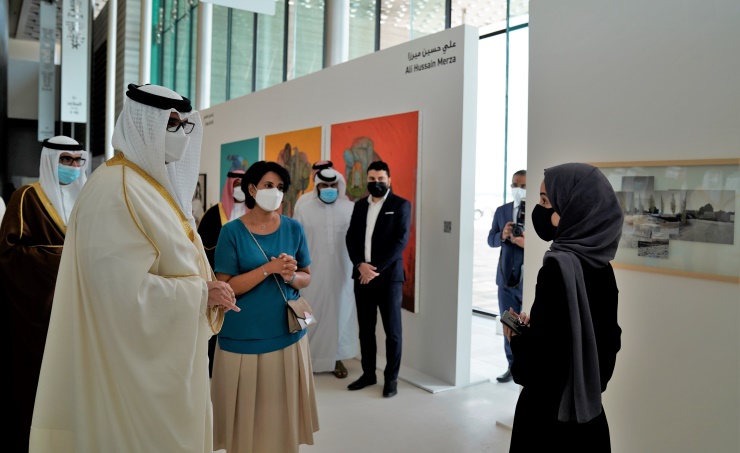 For her part, the President of Bahrain Authority for Culture and Antiquities, HE Shaikha Mai bint Mohammed Al Khalifa, extended her appreciation to His Royal Highness for sponsoring the exhibition and to HH Shaikh Isa for inaugurating it, noting that support for Bahraini arts helps promote and extend artistic reach at a time of unprecedented global challenges. 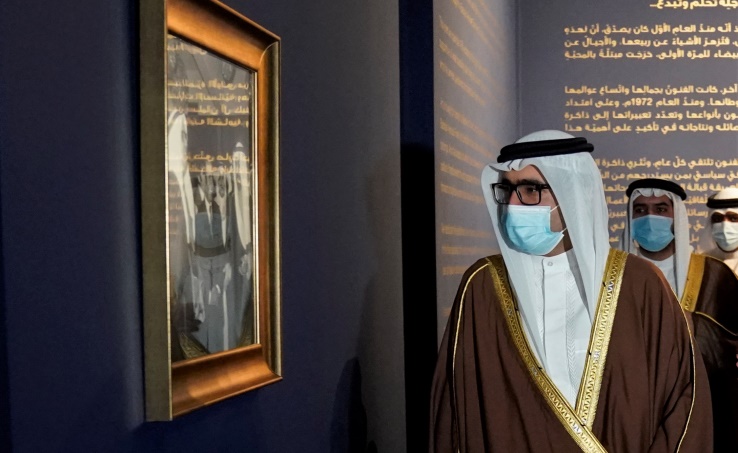 HE Shaikha Mai further noted that the special exhibition is a fitting tribute to the memory of His Royal Highness Prince Khalifa bin Salman Al Khalifa and his personal support for the arts.

The winners of this year’s exhibition are Mariam Al-Noaimi winning the Al-Dana Award, and Ahmed Anan and Jumana Al-Qassab receiving awards for 2nd and 3rd place respectively.

Senior officials were also in attendance.