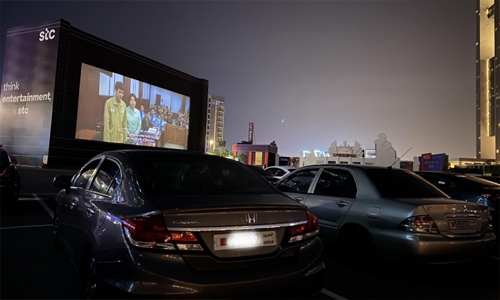 The Korean Movie Weeks opened in Manama with the screening of four-Oscar winner "Parasite", with the Korean embassy, organizers and the public dealing conveniently with the COVID-19 pandemic that has transformed film watching in public.

Korean Ambassador to Bahrain Hae-Kwan Chung and his staff welcomed their guests to the eighth edition of the annual festival at the STC Drive-in BH in Bahrain Bay, in accordance with all governmental guidelines for combating the coronavirus.

Dignitaries from the government, diplomatic missions, UN offices and international organizations accredited to Bahrain as well as fans of Korean cinema attended the opening.

The embassy said it anticipates around 1,000 people will watch the three screenings this week.

The embassy expressed its thanks and appreciation to those present at the first screening for adhering to the protocols of the STC drive-in BH cinema.

The number of movies during the current edition of the Korean festival has been reduced due to the new conditions imposed by the virus across the world.

Parasite premiered at the 2019 Cannes Film Festival on 21 May 2019, where it became the first South Korean film to win the Palme d'Or. It won a leading four awards at the 92nd Academy Awards: Best Picture, Best Director, Best Original Screenplay, and Best International Feature Film.

The satirical social thriller depicts the story of a poverty-stricken Kim family who end up in a string of internal employments for the wealthy Park family and eventually became dangerously entangled in a cobweb of greed and lies.

On November 26, the festival will screen the comedy-drama "Family Hood”, a story of an ageing “self-centred” actress who takes a momentum with a decision to become a mother in quest of essence and purpose on life.

On November 29, the 2019 disaster action-comedy “EXIT” will wrap the film festival for this year. Exit is a shocking turn of events that lead a rock climber, who is busy preparing his mother’s birthday party, to save everyone from a poisonous gas spread across the city.

Festival organizers have invited people planning to watch any of the movies to register through an online form for each movie, explaining that car parks are limited and entry is restricted to registered audience.

Each car can have a maximum of four passengers, although, for a better view, two passengers per car are recommended.

SUVs will be designated in the back rows of the venue while sedans will be taken front rows. The venue opens at 6:30 pm and the movies start at 7 pm.

“For several years we have had a lot of cultural projects in Bahrain, such as the Korean film festival now in its eighth year dancing performances from a Korean band, Korean traditional customs fashion show in coordination with Bahrain Authority for Culture and Antiquities (BACA), exhibitions of Korean scenes taken by Bahraini photographers and, Taekwondo competitions,” he said.

Korea’s culture for instance has been accepted and appreciated by people in Bahrain, he added.

“We see a lot of responses when the embassy organizes a cultural event.”

Bahrain, a strong advocate of cultural diversity, has truly recognized the benefits of deploying culture as a means to build and strengthen international relations, he said.

“Bahrain is well known for hospitality, diversity, kindness, and openness, and this eases the introduction of any foreign culture to the society, either through dramas and theatres or by any form of art,” he said. 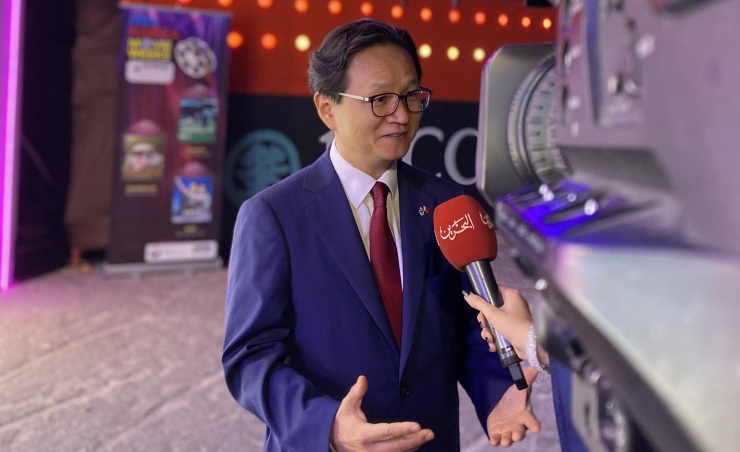