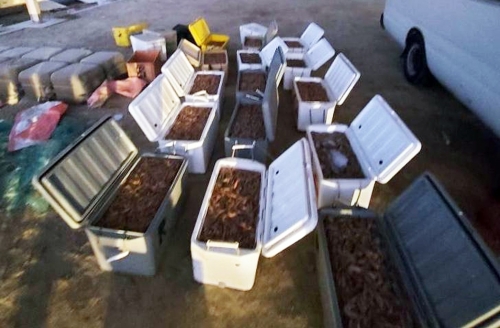 About 700 kilograms of shrimp that was caught with banned bottom-trawling nets have been seized by the Coast Guard, the Ministry of Interior reported last night. The Coast Guard commander stated that within the framework of their efforts to address violations related to fishing and the materials used in the process, maritime patrols and land support police were able to uncover two separate incidents in which local fishing laws were flouted.

The patrols were able to detain two boats of fishermen shrimping off the coast of Ras Zuwaid, along with a vehicle in the Askar region, in which the 700kg of shrimp was discovered. Legal procedures were completed to refer the two cases to the Public Prosecution, the ministry said.

India is close to recording 6 million cases of Coronavirus

The number of flood victims in Sudan rises to 124