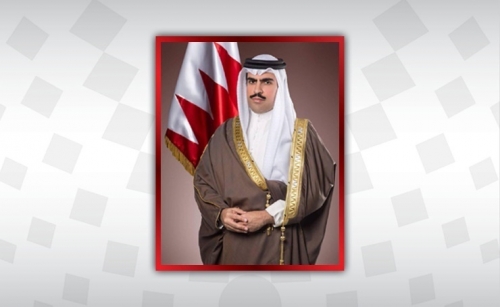 Proactive measures adopted by the Kingdom, well before detecting a coronavirus case, were instrumental in raising Bahrain’s recovery rate as highest in the region, said Bahrain’s envoy to the US. The 98 per cent recovery rate, Shaikh Abdullah bin Rashid Al Khalifa said, is a testament to the Kingdom’s innovative approach to contain the spread.

Bahrain, Shaikh Abdullah said, acted responsibly and with “full transparency” in its battle against the COVID-19 pandemic with Kingdom’s public health remaining committed to the “security and safety of all citizens and residents.” On Bahrain’s strategies, Shaikh Abdullah said the Kingdom made several innovative approaches to contain the spread, citing “BeAware” app as one amongst them.

Others include “converting car parks to intensive care units, establishing temporary housing for foreign workers who live in overcrowded areas and launching mobile examination (bus) units.” Economy to improve When it comes to innovation, there are many opportunities for the government to join hands with the private sector, he said adding that the economic situation of Bahrain and the countries of the region will be in better shape next year, citing international reports.

He noted that Bahrain is expected to achieve 3 per cent growth in real GDP, as government spending has been reduced by 30pc to avoid exceeding this year’s budget of expenses. “Bahrain has always been aware of the importance of diversifying sources of income,” the envoy said.

Financial sector contributes 16.7pc of the GDP. Closely following is the manufacturing and government services sector, Shaikh Abdullah said noting that the Economic Development Board had succeeded in attracting 134 foreign companies up to 2019.