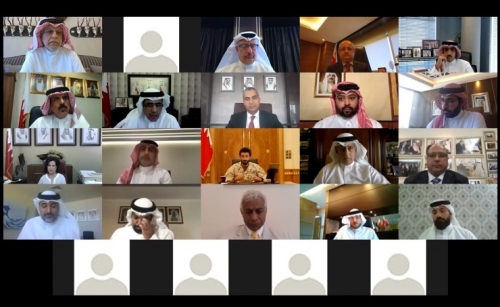 Bahrain yesterday endorsed a major opening up of the sporting sector here for private participation with a project allowing the transformation of the sports clubs to corporate-like entities. The ambitious project, however, does not mandates the clubs to follow it compulsory but are giving a choice to either opt-in or opt-out.

The “project would be optional and not a must,” confirmed His Highness Shaikh Nasser bin Hamad Al Khalifa, the Representative of HM the King for Humanitarian Work and Youth Affairs, National Security Advisor and Chairman of the Supreme Council for Youth and Sports (SCYS).

Explaining the decision, Shaikh Nasser said the project aims at strengthening the sports industry here and attracting private sector investment into the sector. The move, he said, would also allow the clubs to enjoy the support of Labour Fund (Tamkeen) and the commercial banks here.

This will also spur the national economy, develop the sector’s administrative and technical systems, and enhance professionalism, HH Shaikh Nasser said, as he chaired a virtual meeting of the SCYS.

Among other decisions, the meeting endorsed a plan to make Kingdom a regional centre for sports medicine tourism, and a hub for scientific sports studies and research. Approvals were also given for establishing a Bahraini society for sports medicine and sciences and start the “Lamae” (Bright) Youth Programme, which aims at helping outstanding Bahraini youths hone their skills and obtain more opportunities.

Acceptance will be based on nominations from public and private sector institutions and successful completion of interviews and training programmes. HH Shaikh Nasser also hailed the role played by the Coordination, Implementation and Follow-up Committee of the Estijabah (Response) Programme, led by the First Deputy Chairman of the SCYS and President of the Bahrain Olympic Committee, HH Shaikh Khalid bin Hamad Al Khalifa.

Youth and Sports Affairs Minister, Ayman bin Tawfiq Al-Moayyad, told the meeting that the ministry, during the second quarter, completed aid distribution, in cooperation with Tamkeen, to various clubs and settled dues of 2,146 athletes amounting to BD5 million.

Al-Moayyad also highlighted the details of the project to turn sports clubs into commercial companies, mechanisms to implement the Open Football League and the steps taken to resume sports activities in the Kingdom.