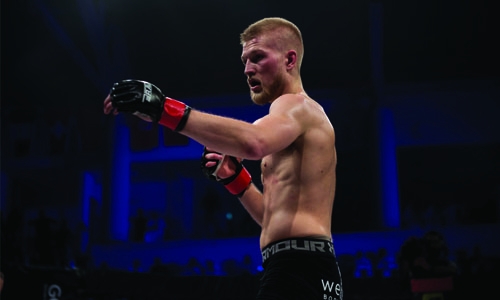 MMA Viking is one of the leading platforms for MMA in the Nordic region.

The fight which was awarded the fight of the night bonus had flashy moments including several take-downs and a suplex.

Carlsson also knocked down Amir and then a front kick that again dropped Amir to the mat.

Amir dominated over take downs and solid comebacks. The bout was decided by split-decision declaring Ahmed Amir the winner.

Jr. Maximus vs Arrami for title