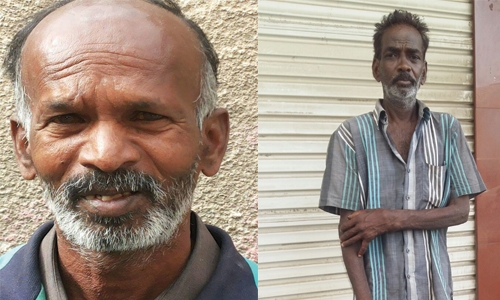 Manama : Two months after Thandavam, an Indian expatriate worker, died after a brief illness, his body was repatriated and buried at his home town in Perambalur district in Tamil Nadu yesterday.

Thandavam, who could not return to his hometown for the past 35 years, was staying in Bahrain illegally after all his documents were lost years ago. The 58-year-old expatriate died unfulfilling his dreams to go back to his native place and see his near and dear ones.

“The expat died on July 9 and his body was kept in Salmaniya Medical Complex (SMC) mortuary for the past two  months  as  ‘unidentified’.  Repatriation of his body was delayed as no travel documents were available,” said Shaji Pozhiyoor.

Thandavam came to Bahrain in 1983 as a worker in a contracting company which wound up its operations later.

The expatriate worker was living with his compatriot Ramayya and both of them were staying in an accommodation near Segaya.

Both of them had no documents on them to prove their legal stay in Bahrain. On hearing the death of Thndavam, Ramayya, aged 61, fell ill and was admitted to the Intensive Care Unit of the  SMC.