; Murder of cop: Two gets death penalty | THE DAILY TRIBUNE | KINGDOM OF BAHRAIN 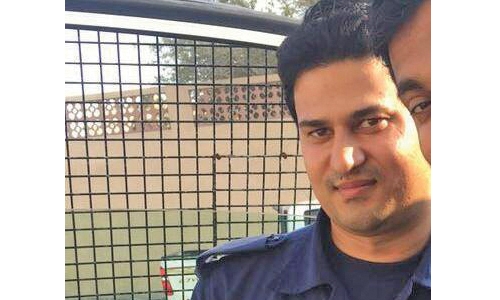 This was confirmed in a press statement issued here yesterday by Terror Crimes Prosecution Head Advocate General Ahmed Al Hammadi, who clarified that the defendants stood trial among a 13-member terror group.

“The court handed down the death sentence to two suspects upon a unanimous decision by its panel, and sentenced three to life in jail and three others to ten years in prison. Two suspects received seven-year and five-year jail terms, while two other defendants will be jailed for three years and a suspect was acquitted,” Al Hammadi explained in his statement.

“The court also revoked the citizenship of 9 suspects and ordered seven defendants to pay BD25,416 for the damage they had inflicted on the police patrol, in which the policeman was killed, and to pay BD3,300 for the damages they caused to a private truck located in this same area,”  Al Hammadi said explaining further. DT News had reported earlier that policeman Mohammed Tanweer was killed and several others sustained serious injuries in a Molotov cocktail attack on a police patrol vehicle in Karbabad. Al Hammadi also said in the statement that the suspects had been found guilty of premeditated murder and attempted murder of policemen for terrorist purposes, forming and joining a terrorist group, hiding suspects, knowing about a terrorist crime and not reporting to it to authorities, and possessing and acquiring a flammable device.

“Court documents revealed that the Public Prosecution had received a report from the Capital Police Directorate on April 16, 2016, indicating that a group of terrorists set fire on police patrol using Molotov cocktails for the aim of killing policemen, resulting in murdering the driver and wounding two others,” the official recalled the details of the crime.

“Security authorities launched an investigation and found that the terror group had set an ambush for a Public Security’s military vehicle and prepared gasoline and a flammable explosive device to stage the attack. They then monitored the movement of the police vehicle in Karbabad village and when it arrived at the site, they poured the petrol on it and set fire to it while the policemen were inside it, which led to the death of a policeman, whose body was completely charred, and the injury of two others,” he said.

“The Public Prosecution levelled the charges against the suspects based on testimonies from the witnesses, the confessions of the defendants, as well as a video clip of the crime,” Al Hammadi said.

The Advocate General added that the defendants were afforded full legal rights throughout the trial and stood trial in the presence of their lawyers, adding that they have the right to appeal the ruling, and may challenge the Court of Appeals’ verdict at the Court of Cassation as guaranteed by the Bahraini law.