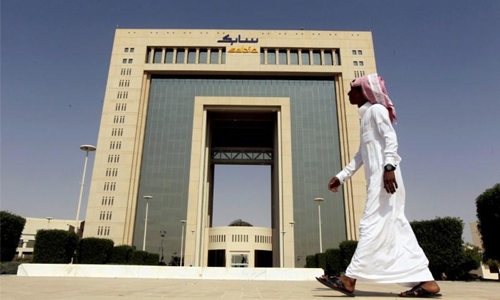 “Saudi Aramco today announced the signing of a share purchase agreement to acquire a 70pc majority stake in Saudi Basic Industries Corporation (SABIC) from the Public Investment Fund of Saudi Arabia, in a private transaction for... $69.1 billion,” Aramco said in a statement. The company did not say how it would finance the deal, one of the biggest in the global industry. Saudi Energy Minister Khalid al-Falih hailed it as a “historic deal”, saying the biggest winner from the transaction was the national economy.

Saudi Arabia had sought to raise billions of dollars through a historic Aramco public offer to diversify the economy of the world’s largest oil exporter and create jobs, but the plan has suffered a series of delays. Saudi officials said the stateowned enterprises would benefit from the synergy.

“This is a win-win-win transaction and a transformational deal for three of Saudi Arabia’s most important economic entities,” PIF managing director Yasir al-Rumayyan said in the Aramco statement. “It will unlock significant capital for PIF’s continued longterm investment strategy, underpinning sectoral and revenue diversification for Saudi Arabia.”

SABIC, Saudi Arabia’s largest publicly listed non-oil company, is said to have a market capitalisation of around $100 billion -- the same amount the kingdom had sought to raise from Aramco’s IPO. “Aramco is the Saudi entity best positioned to receive favourable financing, so this deal is the most efficient way for the PIF to obtain an influx of cash,” Ellen Wald, author of the book Saudi Inc., said. “It is an alternative to the Aramco IPO in the short-term because it gives the PIF some of the cash it was looking for.

We may still see a publicly traded Aramco in the future.” The plan to float around five percent of the oil giant -- expected to be the world’s largest stock sale -- forms the cornerstone of a reform programme envisaged by Prince Mohammed to wean the economy off its reliance on oil. But Aramco executives have repeatedly cited unfavourable market conditions to push back the IPO, initially planned for 2018. Government officials, however, insist that they remain committed to the IPO despite regulatory hurdles and that it will go ahead by 2021.

The PIF, which observers say follows a “spend to grow” strategy, seeks to boost its treasure chest to finance a slew of non-oil investments. Aiming to control more than $2 trillion by 2030, the PIF is involved in a host of big-ticket global investments -- from buying a stake in ride-hailing app Uber to pumping cash into a planned $500 billion mega city called NEOM in the kingdom’s northwest.

Palestinian wedding hall preserves treasures of its cinematic past

May to renew Brexit push