US restricts flights from India due to Covid caseload spike, variants | THE DAILY TRIBUNE | KINGDOM OF BAHRAIN 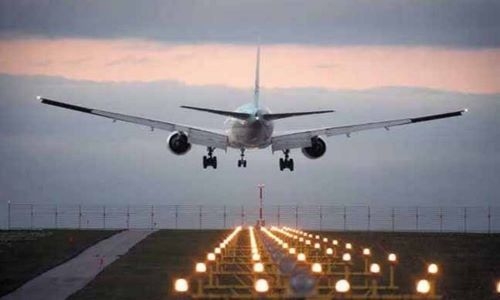 US restricts flights from India due to Covid caseload spike, variants

The United States will restrict travel from India due to the dramatic rise in coronavirus cases and the emergence of new variants, the White House announced on Friday.

The policy comes upon recommendation by the Centers for Disease Control and Prevention and will take effect on Tuesday, according to a proclamation issued by President Joe Biden, the Deutsche Presse Agentur (DPA) reported.

Entry to the US will be suspended for non-US citizens who have been in India in the 14 days before their arrival in the United States. This will not apply to US citizens, foreigners with a permanent right of residence in the US, diplomats and certain other groups of people.

India has been battling record-breaking infection numbers, with more than 300,000 daily infections for seven days straight, while a double coronavirus mutation said to be more infectious has been circulating there.

Meanwhile, US Secretary of State Antony Blinken spoke with India's External Affairs Minister Subrahmanyam Jaishankar to reaffirm the two country's partnership in the face of the outbreak, according to a statement by spokesperson Ned Price.

Price said Blinken expressed his condolences and agreed to remain in close contact with Jaishankar regarding the relief efforts.

The Indian state airline Air India announced additional flights between India and the United States on Wednesday regardless of the situation.

The US State Department advised American citizens to leave the country on Thursday. At the same time, the voluntary departure of family members of American employees of the diplomatic missions in India was approved.

The US has sent emergency supplies and aid to India, with the first emergency consignment arriving early on Friday, part of 100 million dollars' worth of supplies including oxygen cylinders, masks and diagnostic kits.

India registered 386,452 new coronavirus cases on Friday, yet another global record for infections in a single day, even as the country's new round of vaccinations appeared uncertain, with many states citing lack of doses.

India has logged over 300,000 cases for the ninth straight day, recording globally record-breaking infection numbers in the worst outbreak seen to date.

Batelco is Making Bahrain the Most Connected Island in the World