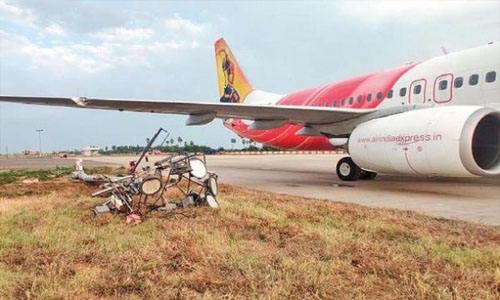 A team of officials from the Directorate General of Civil Aviation visited the Vijayawada Airport at Gannavaram on Tuesday and conducted a preliminary investigation into the accident involving an Air India Express Boeing aircraft on February 20.

Official sources said pilot error caused the accident in which the Boeing aircraft suffered minor damage on its right-wing after it hit an electric pole while taxiing on the runway.

According to sources, a Canadian woman pilot commanded the flight when the accident occurred.

The aircraft landed from Doha, en route Tiruchirappalli, but all 64 passengers aboard were safe.