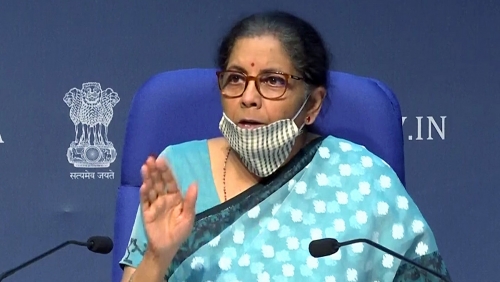 India on Monday announced steps to stimulate consumer demand, including advance payment of a part of the wages of federal government employees during the festival season and more capital spending as it tries to bolster the pandemic-hit economy.

She said the government will also shore up investment by spending extra 250 billion rupees ($3.41 billion)on roads, ports and defense projects, and offering 120 billion rupees in interest-free 50-year loans to state governments for spending on infrastructure before March 31, 2021.

“All these measures are likely to create an additional demand of 730 billion rupees ($9.96 billion),” Sitharaman said, adding the proposals would stimulate demand in a “fiscally prudent way.”

Prime Minister Narendra Modi’s government, which imposed a tough lockdown to stem the spread of the coronavirus in March, is pushing ahead with a full opening to try to boost the economy ahead of the usually high-spending festival season, which runs from October to March.

The latest package would not require any extra borrowing by the federal government, Tarun Bajaj, economic affairs secretary at the Ministry of Finance, told reporters.

India’s federal government said last month it would stick to a revised borrowing target of 12 trillion rupees ($163.78 billion) in the current fiscal year ending March, against an earlier estimate of 7.8 trillion rupees.

India’s total coronavirus cases have crossed 7.12 million, second only to the United States, with deaths reaching 109,150.

The Reserve Bank of India left key policy rates unchanged on Friday while retaining an accommodative monetary stance to support an economy that is projected to contract by almost 10% in the current fiscal year.