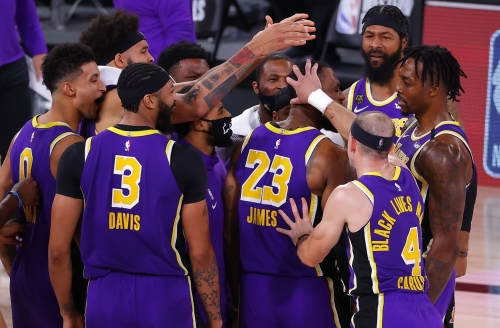 The Los Angeles Lakers qualified for the NBA final for the first time in ten years, beating 117-107 over the Denver Nuggets in the fifth game of their confrontation in the Western Division final last night.

The Lakers won 4-1 in the best-ever clash in seven matches. The Nuggets ranked third in the West, came from 3-1 in the previous two rounds by eliminating the Utah Jazz and Los Angeles Clippers, but the task was difficult for the Lakers, who ranked first in the West Division.
The Nuggets narrowed the lead to 103-99 thanks to a hat-trick from Jukic four minutes and 35 seconds before the end, but James scored nine straight points to clinch the Lakers' victory.