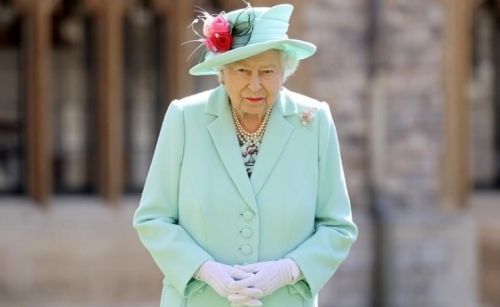 Britain’s Queen Elizabeth will recognize the work of hundreds of doctors, nurses, fundraisers, and volunteers during the COVID pandemic when her annual birthday honors list is published next month.

The list, which was due to be published in June, was postponed in order to add nominations for people playing key roles in the early months of the outbreak. It will be released on October 10, according to Reuters.

Britain has recorded the worst death toll in Europe and one of the worst economic contractions of any leading nation since the pandemic took hold in March.

Queen Elizabeth has made very few public appearances during that time but she has delivered a number of rallying messages to the nation and appeared in video conference calls with care workers and members of the military.

The honors have been awarded since Queen Victoria’s reign in the 19th century and aim to recognize not just well-known figures but those who have contributed to national life through often selfless and unsung contributions over many years.

In July the Queen knighted Captain Tom Moore, recognizing the 100-year-old’s efforts in lifting the nation’s spirits during the pandemic by raising over $40 million for health workers by walking laps of his garden with the aid of a walking frame.

Prime Minister Boris Johnson said the pandemic was the greatest health challenge in our lifetime.

“We all have to play our part, but the dedication, courage, and compassion seen from these recipients, be it responding on the frontline or out in their communities providing support to the most vulnerable, is an inspiration to us all,” he said.

“We owe them a debt of gratitude and the 2020 Queen’s Birthday honors will be the first of many occasions where we can thank them as a nation”.