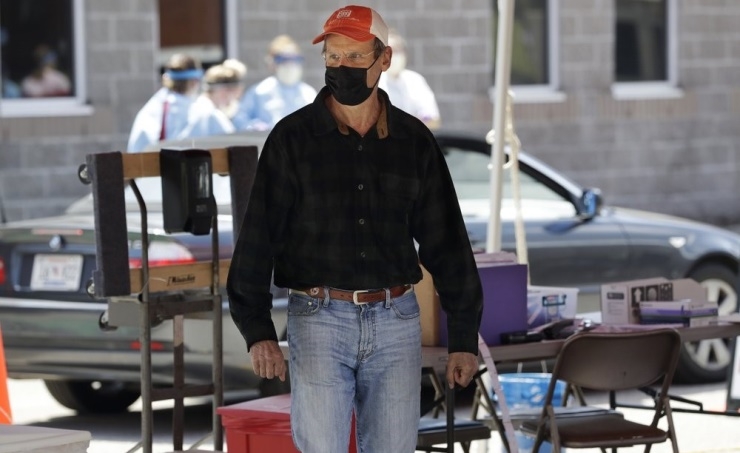 US Southern states largely go it alone in reopening decisions

Governors in 17 states have committed to regional coordination to reopen their economies during the coronavirus outbreak — but none are in the South, where leaders are going it alone, just as they did in imposing restrictions.

As questions about when and how to ease virus-control measures become increasingly politically charged, governors in the Deep South have resisted any appearance of synchronization, instead of driving home their message that each state must make its own decision, The Associated Press (AP) reported.

Georgia Governor Brian Kemp plans to have many of his state’s businesses up and running again as soon as Friday. Fellow Republican Tennessee Gov. Bill Lee announced that most businesses will begin resuming operations as soon as next week.

Some other Republican leaders were taking smaller steps, like reopening their beaches. In the virus hot spot of Louisiana, Democratic Gov. John Bel Edwards was also taking a more cautious approach, announcing he’ll first allow some non-emergency medical procedures to resume next week.

But no one wants to coordinate. Edwards, for one, notes neighbouring states have less expansive outbreaks. Even when several Republican governors held phone calls to talk about reopening plans, they insisted they weren’t working in concert — and left out their Democratic counterparts in the region.

“We’re trying to take, where we can, our destiny into our own hands,” said Kemp.

He’s been one of the region’s most aggressive so far, allowing gyms, bowling alleys, tattoo parlours and other businesses to reopen Friday if owners follow social-distancing and hygiene requirements. Restaurants can bring back dine-in service and movie theaters can reopen by Monday.

Such moves run counter to the advice of many experts and have left many businesses wary.

The lack of regional coordination also raises concerns that a loosening in one state — especially with insufficient testing — could lead to a spike in cases in another. But the agreement would be difficult in a region with such disparate approaches.

The strategy stands in stark contrast to coordination elsewhere. California, Oregon and Washington have agreed to synchronize how they will begin lifting their shelter-in-place restrictions. Seven states in the Northeast have done the same as having seven governors in the Midwest. In the latter two regions, governors from both parties are involved.

For most people, the highly contagious coronavirus causes symptoms such as high fever and a dry cough. But some people, especially older adults and people with existing health problems, become much sicker and even die.

Elsewhere in the South, decision-making is varied.

Even as neighbouring Georgia pushed to reopen, Republican Alabama Gov. Kay Ivey decided to keep a stay-home order in place through the end of the month. Meanwhile, Arkansas’ Republican governor, Asa Hutchinson, never issued such a mandate, though he’s imposed other restrictions.

Some fear that if Southern states get too far out ahead of the rest of the country, they could attract visitors — and possibly open the door to more infections.

Myrtle Beach has suffered, but if it starts to ease restrictions on hotels and short-term rentals, it could see an influx of visitors looking for warm weather far from hot spots. Without extensive testing, that could spell disaster, infectious control nurse Debbie Borst told a meeting of the Myrtle Beach City Council.

“The public hears one thing, but they don’t realize we don’t have testing available like other cities and states, so I’m worried that they have a false sense of security concerning our numbers,” Borst said.