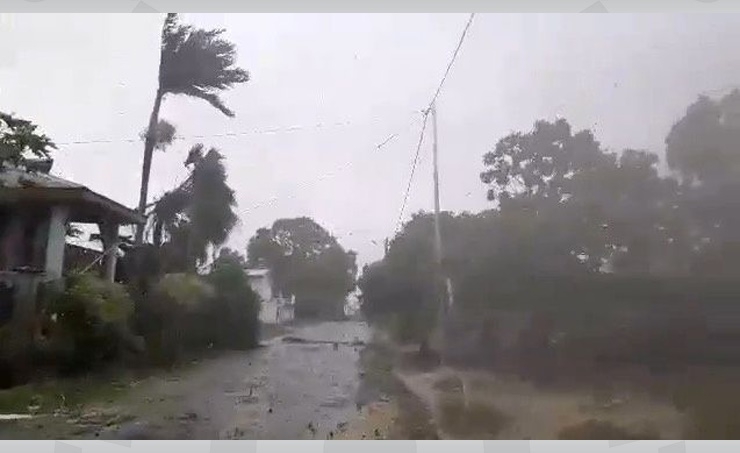 Tropical Cyclone Harold lashed the South Pacific island of Vanuatu for a second day on Tuesday.

It ripped off roofs and downing telecommunications, and was moving towards Fiji where it is expected to slightly weaken, according to Reuters.

The powerful cyclone made landfall on Monday in Sana province, an island north of Vanuatu’s capital Port Vila, with winds as high as 235 kilometres an hour (146 miles per hour) knocking out communications overnight, according to reports by the government’s disaster and weather bureaus.

The province of Sana sits on the biggest of Vanuatu’s 80 islands and is home to its second-most populous city, Luganville, where photos circulated on social media purported to show buildings flattened by the storm.