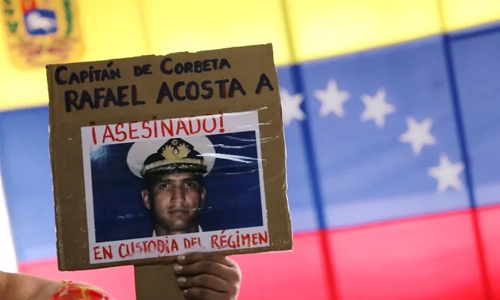 The new sanctions, announced by the US Treasury Department, freeze any USbased assets of the country’s General Directorate of Military Counterintelligence. Treasury Secretary Steven Mnuchin said in a statement the move was triggered by the death in custody of a navy captain who was allegedly tortured.

“The politically motivated arrest and tragic death of Captain Rafael Acosta was unwarranted and unacceptable,” Mnuchin said. The captain was arrested in June on charges of plotting to assassinate Maduro. He died in custody eight days later, and Venezuela’s attorney general said that two officials from the counter-intelligence agency were charged with homicide.

China to impose sanctions on US firms in Taiwan arms sale