At least 2,297 journalists killed since 1990: IFJ | THE DAILY TRIBUNE | KINGDOM OF BAHRAIN 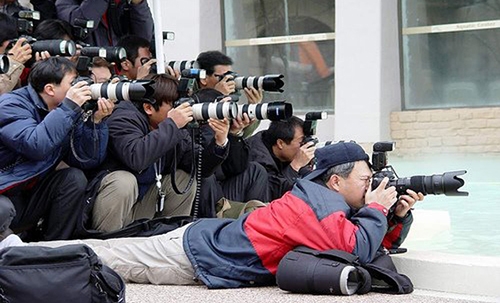 At least 2,297 journalists and media workers have been killed in the last 25 years, with Iraq ranking as the most deadly country, the International Federation of Journalists said Wednesday.

Journalists lost their lives in targeted killings, bomb attacks, in the cross-fire and kidnappings in wars and armed conflicts across the globe while others were killed by organised crime barons and corrupt officials, the IFJ said.

Some 112 journalists and media professionals were killed last year alone, although the peak year was 155 killings in 2006, it said.

"At least 2,297 journalists and media staff have been killed since 1990," the report said.

With just one out of 10 killings investigated, the IFJ said failure to end the impunity for killings and other attacks on media professionals only fuels the violence against them.

"This milestone publication charts the trajectory of safety crisis in journalism and bears witness to the IFJ’s long running campaign to end impunity for violence against media professionals," IFJ President Jim Boumelha said in a statement.

"These annual reports were more than just about recording the killings of colleagues," Boumelha said.

"They also represented our tribute for their courage and the ultimate sacrifice paid by journalists in their thousands who lost their lives fulfilling the role to inform and empower the public," he added.

In 2015, ten journalists and staff died in France when jihadists attacked the satirical weekly Charlie Hebdo in Paris, meaning France shared the top spot with Iraq and Yemen last year for media killings.

The IFJ called on government officials, security and military officers and others who deal with them to respect their independence.

It urged "governments to comply with their international obligations by investigating journalists’ killings and bringing those responsible to justice, thus deterring future violence."

Assange hopes to walk out of embassy after UN panel ruling