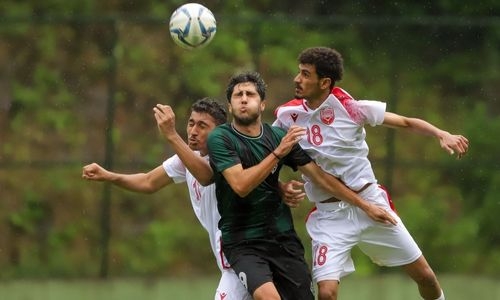 Bahrain’s youth national football team yesterday wrapped up their overseas training camp in Turkey. The nationals used the camp to prepare for their upcoming competitions, which include the qualifiers for the 2023 AFC U-17 Asian Cup, taking place this October. The Bahrainis concluded the camp with a friendly match against their counterparts from local club Sakaryaspor FC.

They won the exhibition 1-0 with a goal from Sami Bassam. It was their third warm-up game while in Istanbul. They had previously played two other clubs, winning the first 2-1 before drawing the second 2-2. The Bahrainis are in Group C of the 2023 AFC U-17 Asian Cup qualification process.

Their matches will be played in Muscat, where they have been grouped alongside the Omanis, Iraq, Qatar and Lebanon. There are 44 nations in this stage of the qualifiers. They have been divided into 10 groups—four with five teams and six with four teams.

Chinese ship arrives in Sri Lanka despite India, US concerns