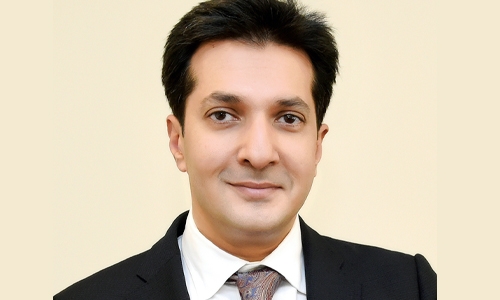 The chairman of the Bahrain Cricket Federation, Hatim Dadabai appreciated the trust given to his federation by His Highness Shaikh Khalid bin Hamad Al Khalifa, First Deuty Chairman of the Supreme Council for Youth and Sports, President of the General Sports Authority and President of Bahrain Olympic Committee to enhance sports tourism in Bahrain and affirmed that they would fulfil the responsibility bestowed on them to boost Cricket.

He also reiterated that the new council of the federation will aspire to make cricket one of the main sports in Bahrain through various activities and tournaments to be organized by the federation.

“The council unanimously decided to revitalise cricket in Bahrain by boosting the current cricket league which is renamed as “Khalid Bin Hamad League” and is expected to include 92 teams vying to win Khalid Bin Hamad Cup, starting from October 2021 till June 2022 at the current grounds of the federation.

The council also decided to organize 5 tournaments for the lovers of cricket in Bahrain during its current tenure. Hatim concluded saying that the new council of the federation decided to renew the logo and identity of the Bahrain Cricket Federation to cope with new development and communicate with the new generation of cricket lovers in Bahrain by providing them the opportunity to show their talents in this field.