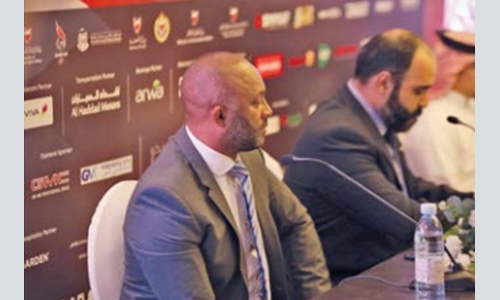 Team Bahrain had an unforgettable year so far in MMA competition, winning over the rankings and becoming the number one country in the world for mixed martial arts. Such a rapid rise through the ranks hasn’t gone unnoticed internationally, as IMMAF president Kerrith Brown praised the work done by the team and the support given by HH Shaikh Khalid bin Hamad Al Khalifa.

Ahead of the beginning of the IMMAF World Championships, Brown stressed that the work done by the Kingdom of Bahrain to support mixed martial arts was nothing short of exemplary and praised the entire country for their support of their athletes which he hoped would extend to this year’s competitions.

“Bahrain and HH Shaikh Khalid have done an amazing job in terms of giving the athletes a proper platform to showcase their talents and it’s an honour to be here in the Kingdom of Bahrain for yet another edition of the BRAVE International Combat Week, the biggest one yet.

We’ve stepped up in all areas, from production to the number of athletes and everything involved in making it the biggest event we can make. His Highness Shaikh Khaled has done an amazing job in terms of delivering his vision and the biggest event in Asia and Middle East with BRAVE CF, and it shows on his commitment and the level of the athletes.

But not only that, also the whole country has been supporting them which is an example for the entire world of mixed martial arts”, said Brown after the opening conference. This year’s BRAVE International Combat Week will see more than 50 countries represented with hundreds of bouts taking place during the entire week.

The first day of competitions take place on November 11th, but this Sunday will see the opening ceremony taking place in the presence of several dignitaries worldwide.