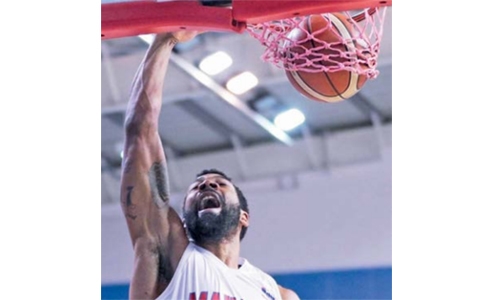 Manama rally past over Isa Town in BBA Cup

Karnataka Royals defeated Riffa Stars by 105 runs in CBA Division C T-20 League. Samaheej were also victorious in a come-from-behind 77-73 thriller over Bahrain Club. Both contests were in Group B of the tournament. Christopher McKnight scored a game-high 30 points and took down 12 rebounds to spearhead Manama in their game.

He was one of six players from their team to finish in double figures. Skipper Mohammed Hussain added 18 including three three-pointers, while court general Hussain Shaker scored 15 while dishing out 10 assists. Hassan Nowrooz chipped in with 13 and Yusuf Almurbati had 10, both coming off the bench, while Mohammed Jassim also finished with 10 markers. Manama built a big lead early and never looked back.

They went ahead 33-17 at the end of the first quarter and then extended their advantage to 59-31 at the half. They continued to build to their lead in the third, and in the final canto outscored Isa Town 34-8 to go ahead by as many as their winning margin of 57 points. Only two players scored in double figures for Isa Town.

Mohammed Nabeel had 18 while Sayed Mohammed Habib finished with 11. Meanwhile, Samaheej battled back from a nine-point deficit to begin the fourth quarter in their hard-earned win over Bahrain Club. A Hussain Busafwan basket tied the proceedings at 66-apiece with just over two minutes remaining. American professional Antwan Wilkerson then gave Samaheej the lead for good at 70-68 with a pair of baskets from the charity stripe.

They did well from there to close the game out and get the all-important victory. Wilkerson finished with 28 points and 15 rebounds while playing the full 40 minutes. Busafwan added 21 and six assists. Fadhel Abbas scored 19 to pace Bahrain Club in the loss. Hussain Lulu contributed 12 points and 12 assists. Cup action continues tomorrow with Sitra facing Al Najma at 5.30pm and Muharraq playing Al Ettihad at 7.15pm, both in Group A.