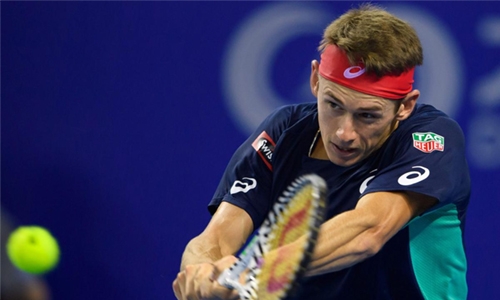 Alex de Minaur of Australia won his third ATP title of a breakout year with victory over France’s Adrian Mannarino in the final of the inaugural Zhuhai Championships yesterday. The 20-year-old, who defeated former number one Andy Murray in the last 16, won 7-6 (7/4), 6-4 in a little over two hours.

Ranked 31 in the world, De Minaur has been imperious in southern China all week and broke the lower-ranked Frenchman in the 10th game of the second set to seal the victory. De Minaur adds Zhuhai to titles in Atlanta and Sydney this year and said that he had been working hard on the mental side of his game.

“I train my mind as much as I do on the tennis court or as much as I do fitness. I’ve got a psychologist which I talk to every day and it’s been a big help,” said the young Australian.