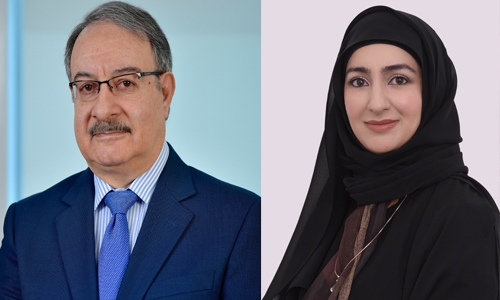 Ithmaar Bank, a Bahrain-based Islamic retail bank, announced yesterday that its Head of Human Resources had earned the highest-level degree offered by the Chartered Institute of Personnel and Development.

“Ithmaar Bank is committed to becoming the Islamic retail bank of choice in the Kingdom of Bahrain,” said Abdul Rahim. “To help realize this commitment, we invest heavily in continuously enhancing our products and services, on growing closer to our customers and on improving their Islamic banking experience.

Ultimately, however, our success is entirely dependent on our people who must translate this vision into a tangible, on-the-ground reality,” he said. “The continuous guidance and support of the CEO and the bank’s senior management team were instrumental in helping me earn this award,” said Rahimi. “I am deeply grateful for their support and look forward to continuing to serve the Bank and its employees,” she said.

Rahimi is a senior Bahraini Human Resources executive with approximately twenty years of progressive experience. In her current role as Head of Human Resources at Ithmaar Bank, she spearheaded the bank’s Career Progression Programme and helped achieve 97% Bahrainisation, one of the highest in the industry.