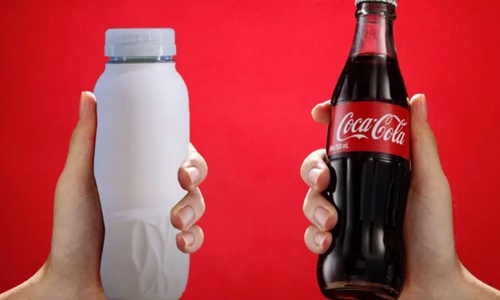 Recently, soft drink giant Coca-Cola Co made an announcement promising to sell its popular sodas in bottles made from 100% recycled plastic material in the US in a major shift to combat plastic waste and reduce its carbon footprint.

The soda and beverage giant, who has been slammed in the past for being one of the biggest producers of plastic waste, has now taken a step further with plans to package their beverages in paper bottles as part of an effort to eliminate plastic packaging entirely from its products. The release date of the new packaged bottles is yet to be announced.

In a new video, the soft drinks manufacturer unveiled a prototype of its first paper bottle. The company tied up laboratories in Brussels and a Danish firm Paboco to develop a 100 per cent paper bottle.

As in other types of packaging, the paper bottle is said to adhere to high safety and quality standards for food packaging.

According to report by Paboco, the100 per cent recyclable bottles, made of sustainably sourced wood, have a potential for use with sparkling and still beverages, and other consumer goods sectors such as cosmetics – must adhere to the same stringent safety and quality standards as other food and beverage packaging.