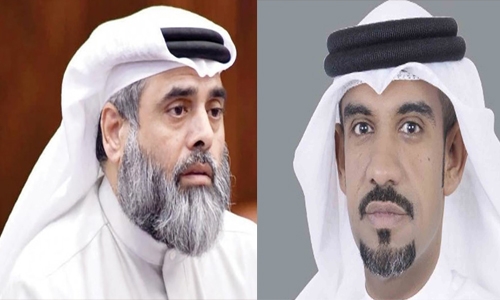 Two lawmakers have called for a review of the mechanism to calculate electricity and water bills for citizens during the summer months. MPs Ahmed Al Ansari and Abdullah Ibrahim Al Dosari appealed to His Royal Highness Prince Salman bin Hamad Al Khalifa, the Crown Prince and Prime Minister, to intervene and direct those concerned authorities to review the bills and study the reasons that led to their increase.

MP Al Ansari, head of the Parliamentary Services Committee, pointed out that many citizens had complained about the increase in their utility bills last June, July, as well as the current month.

He noted that the last two months, in particular, had witnessed a significant rise in temperature which led to an increase in the consumption of electricity.

The legislator called for calculating the bill for the months of July and August for this year as in the months of 2019, before the coronavirus (COVID-19) pandemic.

He stressed the need to take into account the Bahraini families, especially those with limited income, in the bills for the summer months during this time of the pandemic.

MP Al Ansari also called for a study on the possibility of setting a tariff for the electric bills during the months of June, July and August. On the other hand, MP Al Dosari said that the high power rates are not fair for citizens, although they are already covered by subsidies, adding that there is a defect in calculating the tariff, and “this situation must be fixed.”

“We have to take into account the Bahraini families and not incur more costs to ensure a decent living for them, especially in these exceptional times and circumstances,” said MP Al Dosari.

Bahrain product exports value rises by 62 per cent in July