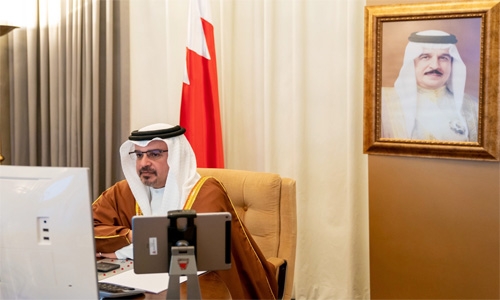 Congratulatory messages continue to pour in for HRH Prince Salman

Congratulatory messages continue to pour in for His Royal Highness Prince Salman bin Hamad Al Khalifa on his appointment as the Prime Minister of the Kingdom.

Foreign diplomats, parliamentarians, Bahrain’s ambassadors and top officials expressed their congratulations to HRH the Crown Prince and Prime Minister wishing him every success in continuing his services to the Kingdom and its people.