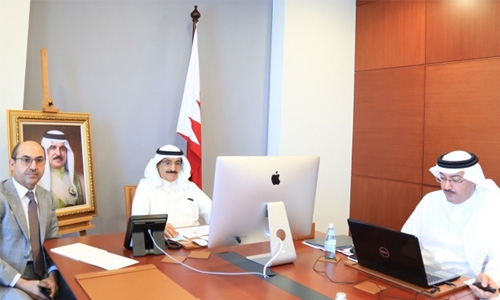 The decision came during a remote board meeting chaired by Shaikh Salman bin Abdulla bin Hamad Al Khalifa. The latest move follows a decision RERA made last month to temporarily suspend the licence given to GG Developers SPC, the Developers of Golden Gate project, for three months. The suspension, effective immediately, citied violations committed by the developer based on the provisions of Law 27.2017 promulgation the real estate sector.

RERA, at that time, also said the decision aimed at protecting the buyer’s fund and ensuring the smooth progress of the project.

The suspension also comes more than a year after Golden Gate acquired two licenses from RERA for its operations in the Kingdom.

The meeting then reviewed the adherence of companies and individuals in the real estate sector to Bahraini regulations and laws, while directing the board to continue follow-up and control, as well as to carry on developing RERA’s work. The move, RERA meeting said, is aimed at keeping pace with the latest developments, and further develop the real estate sector and encourage the investment process.

The board also affirmed its keenness to ensure real estate sector plays its role in contributing to the national economy and adopts effective legal procedures to achieve sustainability and competitiveness.

Bahrain to get two new kindergartens