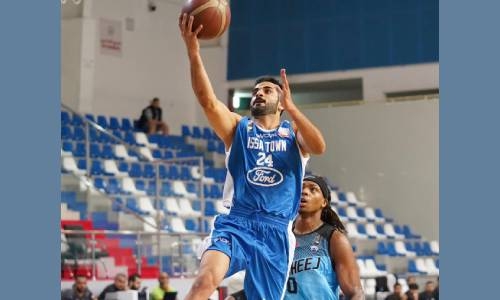 Samaheej eked out an 81-79 victory over Isa Town last night to wrap up the 10th week of action in the 2022/2023 Zain Bahrain Basketball League. The victors led for most of the contest and went up by as many as 20 points, but Isa Town were able to reduce the deficit in the second half and get to within a single possession with less than a minute remaining.

That made for a dramatic finish, but Isa Town could not complete their comeback. Stephen Hurt had 26 points and 17 rebounds to lead Samaheej in the game, while Hussain Busafwan, Sayed Ali Mahmood and Ahmed Fateel each contributed 12 markers.

Oumar Barry paced Isa Town with 36 points while Mohamed Nabeel added 14. Samaheej led 24-18 at the end of the first quarter and then extended their advantage to 50-38 at the half. In the third, they powered ahead 58-38 on a Busafwan lay-up, but Isa Town were able to get back to within 58-72 heading into the final canto.

There, a Hurt basket put Samaheej up 81-72 with just over three minutes to go, but Isa Town were able to score the next seven points—which were also the last points of the game—but came no closer. Samaheej claimed only their second win in nine contests with last night’s result, while Isa Town suffered their seventh loss as they stayed on the bottom of the standings.