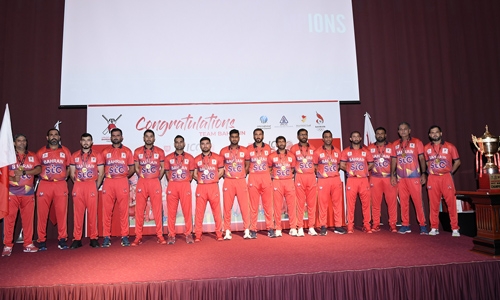 The new Bahrain Cricket Federation (BCF) announced that it is a remarkable journey in the last few months and have risen to qualify for the 2022 T20 World Cup Global Qualifiers to be held in Oman in February next year. Bahrain is now in Top 24 T20 teams Globally among 100+ International Cricket playing nations.

The BCF, under the patronage of His Highness Sheikh Khalid bin Hamad Al Khalifa, First Deputy Chairman of the Supreme Council for Youth and Sports, President of the General Sports Authority and President of Bahrain Olympic Committee, organized a facilitation ceremony to honour the victorious Bahrain National Cricket Team led by Anasim Khan and coached by Miraza Azeem Ul Haque at Crown Plaza Conference Hall in Diplomatic.

The felicitation event was well attended by families, cricket fans, sponsors, business owners and media persons. Welcoming the guests, Hatim Dadabai, President of the Bahrain Cricket Federation, said: “We would like to thank His Highness Shaikh Khalid for his continued support to the board and also to the General Sports Authority. We selected and prepared the Bahrain national team for this tournament. All of us have worked hard and we have achieved the impossible in such a short time.

Under Anasim Khan’s captaincy and the direction of national team coach, Azeem Ul Haque, the squad has played fantastic cricket.”

Speaking on occasion, Chief Guest of the evening Mohamed Hasan Ali Al Nusuf, Secretary-General of Bahrain National Olympic Committee applauded Bahrain National Cricket Team’s performance and said that all the teams representing Bahrain is ‘Team Bahrain’ and has made the Kingdom proud. 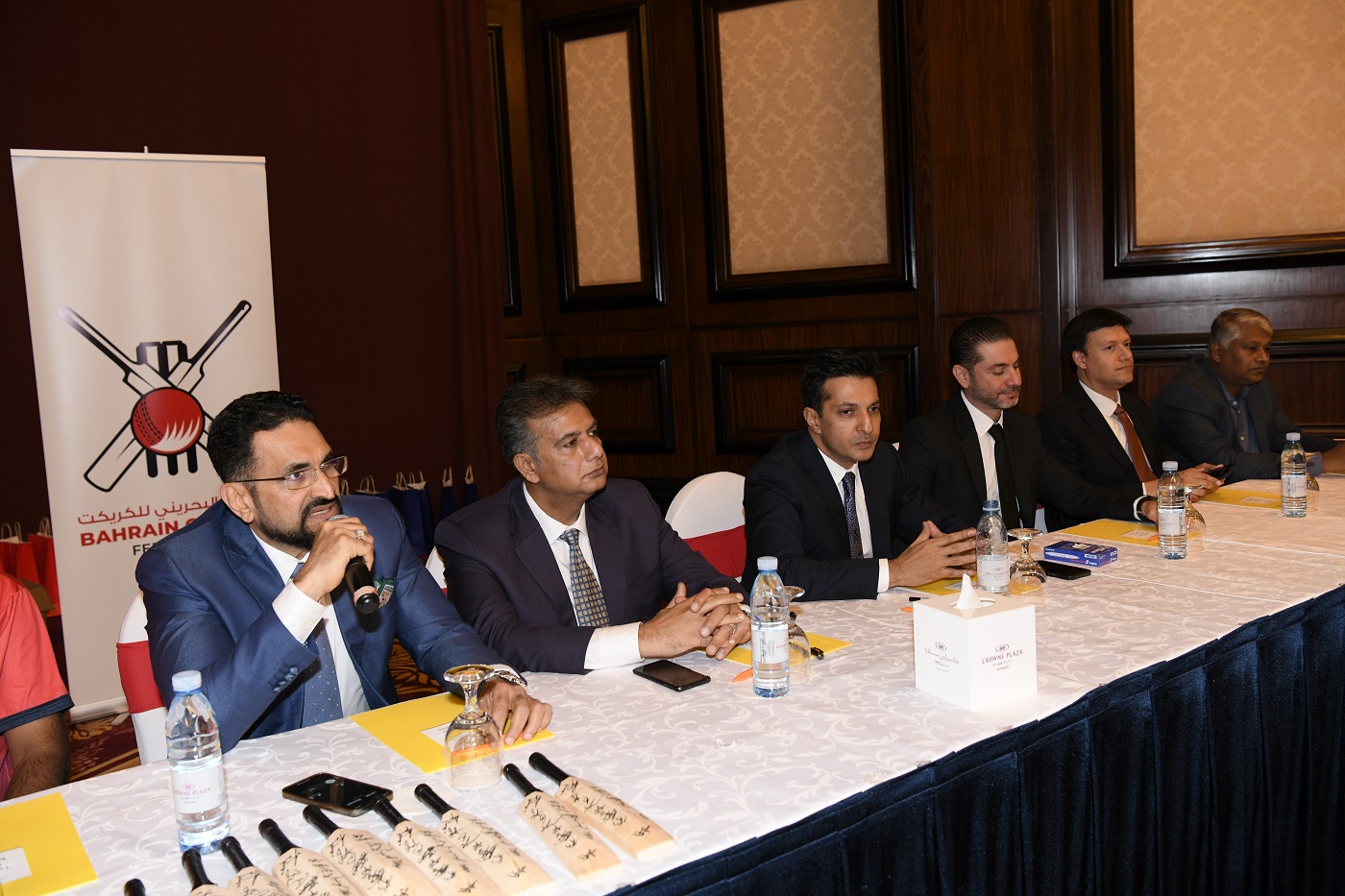 Speaking on occasion, Mohammed Mansoor, Chairman to Cricket Board Advisory Group, congratulated the Team, dedicated this success to His Highness’s Vision, and thanked Shahid for his continuous support and guidance.

He also praised the effort of the BCF Board under the leadership of Hatim Dadabai and urged them to follow the BRAVE MMA model and strategy, which is one of the fastest-growing sports in the Martial Arts field.

Bahrain, playing against Qatar, recorded an impressive eight-wicket win restricting Qatar on their home ground to 133 for 5 and won the match in 13.1 overs through their openers Mohammad Younis’s unbeaten 82 and Sarfaraz Ali’s 42.

They then went on to restrict the Maldives for a paltry 88 for 9 in the next match and win by seven wickets. Their star performer was captain Anasim Khan, who took three wickets for 15 runs and also hit an unbeaten 23. In the well-fought match against experienced Saudi Arabia, Bahrain won by 18 runs.

Bahrain posted 179 for 9 through opener Sarfaraz Ali’s 67 and restricted Saudi Arabia to 161 for 6. Though Bahrain lost to Kuwait, they topped the points table with six points.

Kuwait could muster only four points. Although Qatar too finished with six points, Bahrain had the better run rate. Among the top performers for Bahrain in the qualifiers were Mohammad Younis and Sarfaraz Ali.

Bahrain skipper Anasim Khan, Satya and Waseeq are the best bowlers and wicketkeeper Imran Ali Butt was second among most dismissals with three catches and two stumpings.