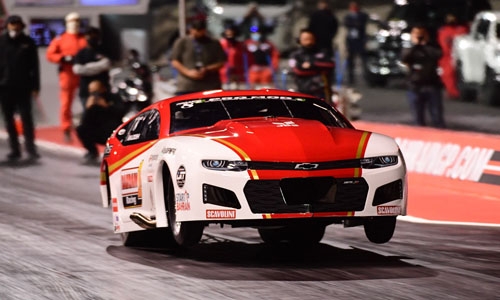 BIC hosted the meeting from Tuesday to Friday last week with more than 90 competitors from all over the Gulf going head-to-head down the world-class quarter-mile strip in Sakhir. Bahrain1Racing ’s Emirati driver Khalid Al Balooshi stole the show by taking the win in the highly competitive Pro Mod class.

It was the team’s maiden competitive appearance of 2021 and first since they were crowned Pro Mod Series world champions in the US-based National Hot Rod Association, the world’s most prestigious drag racing series.

“The Bahrain Drag Racing Championship is the premier drag racing series in the region with a top-class roster of participants every round, and Bahrain1Racing continue to show that they are amongst the very best in the world.

“We wish them and all those taking part this season the utmost success in another exciting and memorable campaign.” Al Balooshi claimed his victory after clocking an elapsed time of 3.762 seconds in the Pro Mod final with a top speed of 321.58kph.

He defeated Hani Ali in the decisive run, where Ali registered a time of 5.176s. Ali made up for his runner-up finish with a win in the Index 8.5 category. There, he beat Majid Khalil Ebrahim in the last elimination battle.

Five other Bahraini competitors joined Ali as winners in their respective classes. Zakrya Al Kuwari triumphed in the Outlaw 4 category with a run of 9.112s at 224.48kph in his final, where he beat Mahmood Mohammed who had an elapsed time of 11.013s. Nawaf Al Mannai followed suit in the Outlaw 6 class, where he had a mark of 4.683s at 259.05kph as the lone runner in the final elimination. 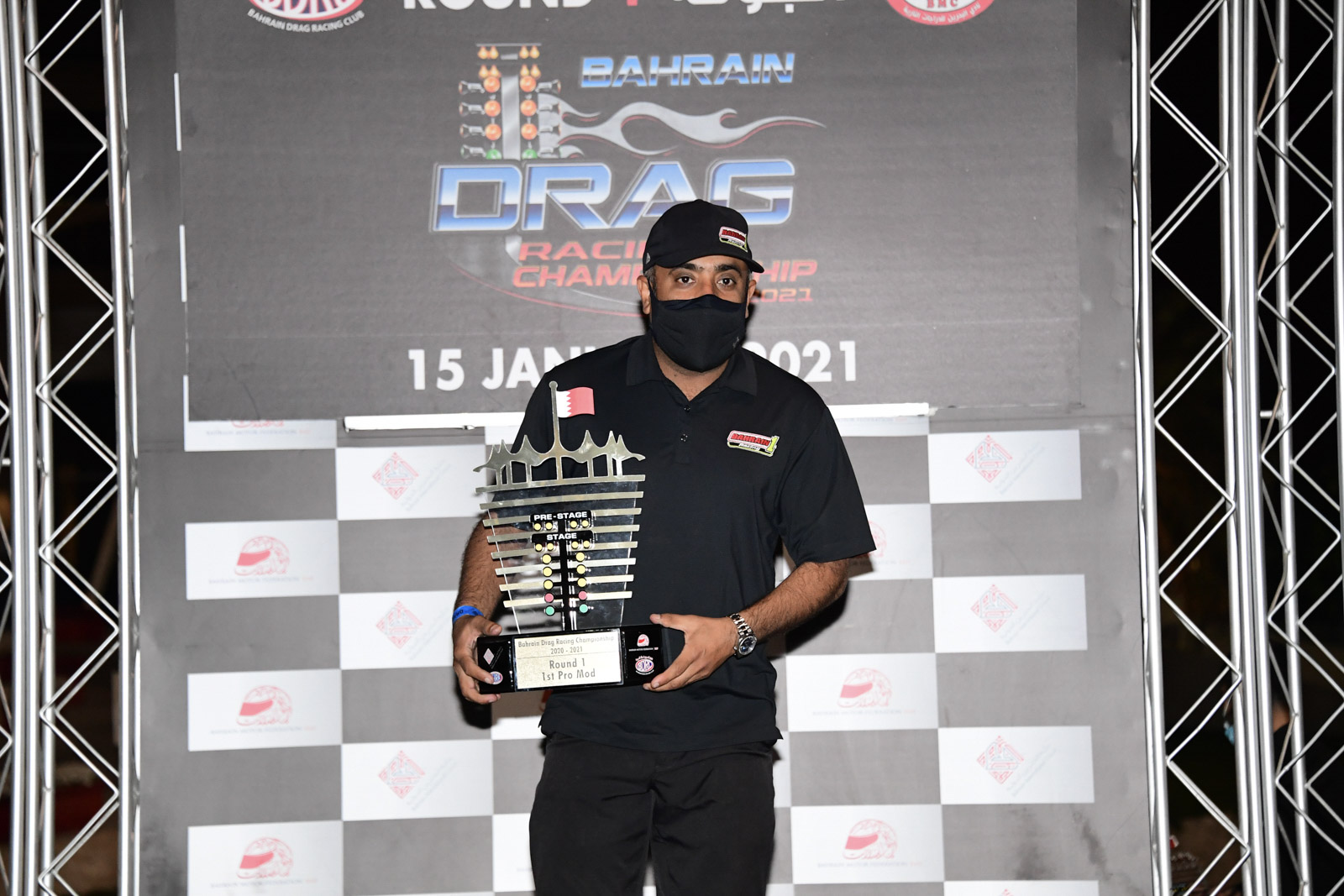 Hussain Mohammed clocked 4.461s at 276.67kph, also as a solo runner in the final of the Super Street V8 category, while Ali Yousif Jaffar emerged as the top man amongst a packed Index 10.5 field after clocking 10.531s at 198.57kph to beat Ali Khamiri who had a 10.802s time in their decisive elimination run.

The list of Bahraini winners in round one was completed by Mohammed Al Taitoon in the Street Fight Bikes class. He ran 9.499s at 243.51kph in the final to beat Fadi Abu Jamus’s 9.446s.

Elsewhere, two other drivers from the UAE and one from Saudi Arabia took the top podium step of their categories. Obaid Al Balooshi and Mohammed Rasheed were the Emiratis.

He set a time of 8.737s at 237.19kph in his final elimination to defeat Mohammed Hasan, who had a run of 9.009s. At the end of all the action, the meeting’s podium ceremony took place, attended by officials from BIC, the Bahrain Motor Federation, and the Bahrain Drag Racing Club. The 2021 Bahrain Drag Racing Championship returns next month with the second of the season’s five rounds scheduled for February 9 to 12.

Round three will then take place February 23 to 27, followed by the penultimate meeting from March 9 to 12. That sets the stage for the season-finale from April 13 to 16.