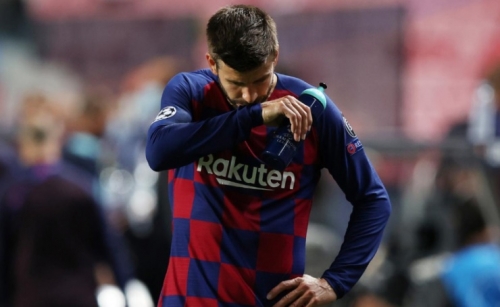 Barcelona defender Gerard Pique said radical changes were needed from top to bottom after his side were annihilated 8-2 by Bayern Munich on Friday to exit the Champions League in one of the Catalan side’s darkest ever nights.

“We feel devastated, although shame is the real word I’m looking for. We cannot afford to compete like this because it’s not the first, the second or the third time that something like this has happened,” a tearful Pique told reporters after the quarter-final drubbing, their worst ever result in Europe. “This is very painful but I hope it serves some purpose.”

South Korea fears infections getting out of control