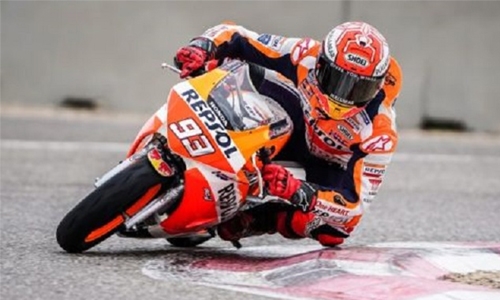 Spaniard Marc Marquez snatched victory on the final lap at the San Marino Grand Prix yesterday to close in on a sixth world title. The Honda rider, starting on the second row, took a third MotoGP win in Misano ahead of France’s Fabio Quartararo, on a Yamaha-SRT, who had the lead for most of the race.

“At the end I just decided to go for it,” said Marquez, who had been pipped at the line at the last two races in Silverstone and the Dutch GP. Five-time world champion Marquez won the 77th Grand Prix of his career in all categories to overtake British legend Mike ‘the bike’ Hailwood.

“It was a very tough race,” said Quartararo, 20. “It was the first time that I battled like that with Marquez.” Marquez has won five times in Misano and twice before in the MotoGP category in 2015 and 2017.

Smith out as England close to win