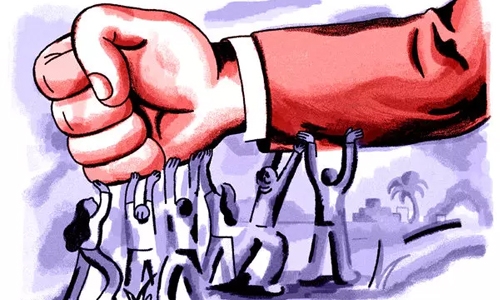 It is common to think of Latin America as the land of no hope for democracy. Since independence, the region has been ravaged by authoritarianism and populism. Brazil’s new president-elect, Jair Bolsonaro, an ex-military macho promising zero tolerance of everything he dislikes, evokes a “here we go again” feeling. Once again, illiberalism seems ascendant, to the detriment of democracy. But an alternative narrative is that Latin America is actually the land of democratic resilience. Always under attack, democracy does not always prevail, but it does not always die.

In their efforts to stay alive in an inhospitable environment, Latin American democrats have produced survival tactics and innovations. Frequently, these creations have allowed democracy to triumph. The resilience of democracy in Latin America is impressive. In the current global wave of democracy, which started in the late 1970s, Latin America stands as the region where democracy spread and survived the most. Democracy spread to every country except Cuba and has survived in every country except Venezuela and Nicaragua, and possibly Honduras and Bolivia.

No doubt, during this era, the region has been assaulted by populist presidents who threaten liberal democracy: Market-oriented populists were the trend in the 1990s (Argentina, Mexico, Peru) and socialist populists in the 2000s (Venezuela, Ecuador, Bolivia). But even during those populist waves, many Latin American countries elected rule-respecting presidents, from either the right or the left, or defeated illiberal presidents at the polls. If democracy has survived the assaults of dictators and populists, it has not been because of waning supply and demand for those offerings.

Candidates offering some version of populist authoritarianism are as popular now as ever. Today it’s Bolsonaro. Twenty years ago it was the Venezuelan leader Hugo Chávez. And more will come. Democracy has survived instead because Latin American societies have learned to bolster the line of defence against democracy’s internal enemies. They’ve done it through institutional innovation. First, Latin Americans have focused on institutions that regulate entry and exit mechanisms. At the entry level, the most important innovation has been the runoff rule.

Runoff rules have now been adopted by 75 per cent of Latin American countries. Cynthia McClintock’s research shows the moderating effects of runoff rules. With a few exceptions, and Brazil’s recent election was one, illiberal presidents seldom manage to emerge from runoff elections. The beauty of second rounds is that they force contenders to bargain with other groups, often moderates, as just happened in Colombia this year.

So electoral coalitions are less extreme. On the exit side, a key barrier has been term limits. They were popularised by Latin America in the 19th century, long before the United States adopted the rule in 1951 with the 22nd amendment. Despite a recent weakening of term limits in Latin America, they still work. Mexico, for instance, with strict term limits since the early 20th century, has not had a classic dictator since. Most Latin American presidents respect term limits, and those who try to circumvent them usually face an uphill battle.

Another key lesson from Latin America is the importance of enhancing the autonomy of courts and social movements — important checks on illiberal presidents. Courts have the legal power to stop illiberal measures, and social movements can block them via resistance. Ensuring that courts and movements remain detached from presidential influence is therefore vital, and Latin America has improved its scores on both fronts. A new book documents how Latin American countries for the most part have made the process of selecting judges more pluralistic, which makes it less dependent on the president.

Likewise, where social movements have resisted the temptation to be co-opted by presidents, illiberal presidents face barriers. In Ecuador, for instance, one of the most effective checks on the illiberal designs of former President Rafael Correa was the advocacy and resistance stemming from feminist, indigenous and environmental groups that refused to be folded into Correa’s ruling party. A third lesson from Latin America is information maximisation. Almost every Latin American country has expanded the number of watchdogs, or as they are often called, observatories.

The obsession with observation started with electoral observation in the 1980s, but now covers a variety of public concerns: homicides, police activity, government-business relations, social policy, gender and sexuality. Argentina has even developed observatories of government economists, so that when the populist President Cristina Fernández instructed her officials to doctor economic figures, everyone found out about it. Finally, some Latin American countries have taken to heart the very liberal principle that in a democracy, the winner shouldn’t win that much, and the loser shouldn’t lose that much.

The most obvious example involves gender. Women are one of the world’s most underrepresented groups in politics. But in Latin America, they have expanded their presence in legislatures, mostly after adopting quota systems mandating parties to nominate more women. More representation of women is no panacea, but it is a significant victory in a region where machismo is a frequent fuel of authoritarianism. None of these lines of defence against illiberalism is foolproof. Runoff elections fail to deliver moderation if extremist candidates do well in the first round, as happened in Brazil.

And crime and corruption remain Latin America’s foremost pollution, always choking democratic institutions and fuelling demand for hard-liners like Bolsonaro. Presidents still try tricks to weaken exit rules and undermine courts and social movements. States and non-state actors have learned to use traditional and new media to counter fact-based reporting. Political winners, even when they lose ground, always find ways to silence losers. And more inclusion can lead to more fragmentation of the opposition, which lowers the chances of blocking illiberal presidents.

Bolsonaro is likely to exploit these vulnerabilities. Brazilian democrats should not relax — they will need to reinforce their lines of defence and invent new ones. Nonetheless, there is reason for optimism. Authoritarian populism is a recurrent threat in Latin America, and now in advanced democracies too. Democratic survival is never guaranteed. Countries often come close to falling prey to autocrats. But many times, these episodes become “near misses” rather than full crashes. Latin America continues to be a region where illiberalism often meets its match.

The rise of surveillance studies