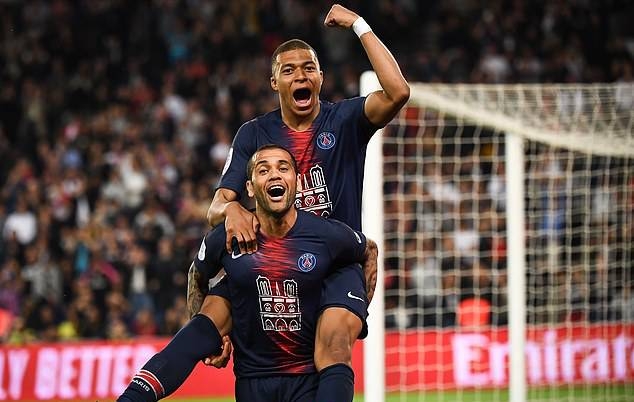 Mbappe at PSG to stay after flattening Monaco in title party

Kylian Mbappe committed his future to newly-crowned Ligue 1 champions Paris Saint-Germain on Sunday after sweeping aside Monaco with a hat-trick in a 3-1 win that also saw the return of superstar strike partner Neymar.

“I’m here, I’ve signed up to the project,” said Mbappe, who has been linked with Real Madrid, to TV station Canal+. “Good for Real Madrid if there is Zizou (Madrid manager Zinedine Zidane), I will watch their matches as an admirer.” Mbappe took his league tally for the season to 30 following his treble on Sunday, which came just hours after PSG have crowned champions for the sixth time in seven years when closest challengers Lille dropped points.

Their goalless draw at Toulouse left them 16 points behind PSG with only five games to play before kick-off in Paris and allowed the capital club to celebrate the title after missing chances to seal it in their previous three matches. “I’m happy, the season isn’t finished yet, and I want to score more,” said Mbappe to Canal+. The 20-year-old is targeting the domestic double ahead of next week’s French Cup final against Rennes after his side crashed out in the last 16 in the Champions League.

“We’re disappointed for what happened with Manchester United, but the game goes on,” added Mbappe, referring to his team throwing away a 2-0 first-leg lead to the Premier League outfit. “We obviously expected more from the Champions League but we can’t let ourselves be demoralized.”

Neymar’s return at the start of the second half replacing Layvin Kurzawa is the cherry on the cake for Thomas Tuchel’s side, who had been without the Brazilian superstar since January 23 with a right foot injury. Edinson Cavani also returned to action for injury-ravaged PSG as a second-half substitute, having a late strike correctly ruled out for offside, meaning that their famed front three are back together after months apart.