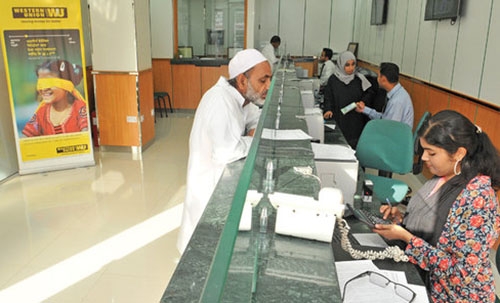 Muscat: Remittance by expats from Oman has been one of the highest in the world, based on the Gross Domestic Product (GDP) percentage, according to the 2016 World Bank Migration and Remittances fact book.

The aggregate outflows represent 12.6 per cent of the Oman’s GDP.

Oman’s GDP, which is measured by the monetary value of all the finished goods and services, stood at OMR27 billion in 2015, according to data released by the National Centre for Statistics and Information (NCSI).

The top remittance sending countries in the world are Luxembourg, where aggregate outflows represent 19.6 per cent of the country’s GDP, followed by Liberia (18.2 per cent), Marshall Islands (12.8 per cent) and Oman (12.6 per cent).

Oman is followed by Lebanon (12.3 per cent) and Kuwait (11 per cent). All the other Gulf countries fare below 10 per cent.

Commenting on the report, N Gurumurthy, a financial expert based in Oman, said the remittance outflow has always been high in the Gulf Cooperation Council (GCC) region due to the higher percentage of expat labour in this region.

“Around 40 per cent to 50 per cent (in UAE it is even higher) of the total population in the region are expats, predominantly from India, Pakistan and Bangladesh,” he said.

He added: “Remittance outflow is good for the country as it helps in reducing local inflation. If there are more investment opportunities, relaxation in the purchase of real estate, increased retirement benefits, relaxed norms for residential status, liberal family visa rules may help reduce the outflow.”

Tonny George Alexander, director of the Oman UAE Exchange, said that this clearly shows that the economy is robust and that the projects are on track as government declared.

Overall, the United States remains on the number one spot, sending the highest amount of remittances at $56.3 billion.

In 2014, the remittance stood at $10.3 billion. Finance experts said that despite economic uncertainties, remittance transactions in the country have remained robust.

“This shows that the country still attracts talent and manpower from all over world,” they added.